Give Yourself Permission to Make Bad Art

Up until around a few years ago, I never attempted anything resembling art. This was mainly because I didn’t know how to draw, and figured anything I attempted would look like a five year-old made it.

That all changed once I saw the paintings that graced the walls of my former therapist’s office. Hideous does not even begin to describe them. It was then that I realized that nothing (and I do mean nothing) I attempted to draw or paint could ever turn out quite that ugly. So, I bought some art supplies and started experimenting.

Here’s what I learned: 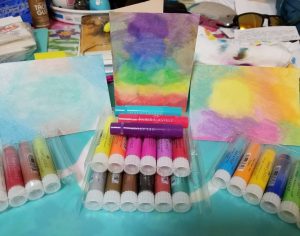